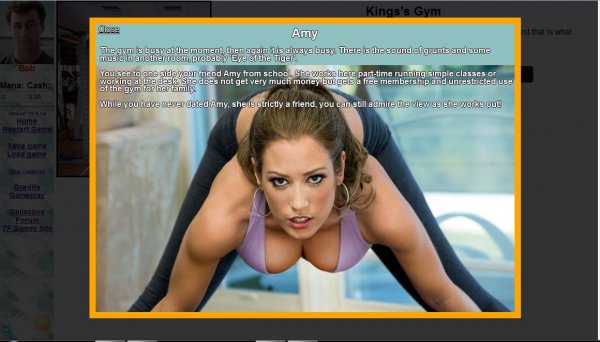 In the past a cult headed by the Warlock Kurndorf used the "Book of Control" to exert their domination over the town of Glenvale. Kurndorf was killed and the cult disbanded.
Since then the legendary book has become lost, but you are determined to locate it and use it's power, either to help your family and others, or to gain the power of the spells within the book.

This is the release of version 14.9.2 of the game. This is largely a bug fix and expansion of 14.9.1 completing Amy and Charlie content. There were small features added and some story progression issues fixed. Thanks for Northwind for a large bug report and set of suggestions, and thanks to all who have offered ideas

NOTE: in the game I forgot to update the release date, so it still references it as 14.9.2 May. If a bug fix is needed I will update

The list of bugs fixed is too large to really list, but here are some and otherwise just the key minor changes
- charming Gina fixed
- Madison/Tracy events in the early game fixed so one does not prevent the other
- Officer Batton starts a NEW game charmed by Davy
- some of the queries about Davy are delayed based on your meetings with Kate
- post charm events for Amy, please note the uncharmed girlfriend has differences to the charmed version of Amy. Do note given the range of choices for her (blonde, brunette, charmed, uncharmed) there are not as wide a range of image variations as I would like, more may be added later. Most text for sex scenes are place holder
- post charm events for Charlie. Talk to him/her at the gym to unlock his/her home when the Gym is closed
- you can have Tess return to her home with John/Joan
- you can have Sister Desiree join Mother Superior in her chambers with extra discipline images
- additional chat option for Kate in the early game
- meeting with Adele in the early game and an additional scene during her final charm scene
- an introductory event for Sir Ronald
- pregnant end game images for Amy
- Miss Logan can be recharmed as non-breeder, and Amy can be charmed/recharmed at home
- a warning scene at the start of the vampire event
- Carol and Ellie can be invited to swim in their pool
- custom poledancing for Desiree, Adele, Ms. Titus
- new female player avatar Dakota Skye
- small scene for Elian, and one for thrall Sera
- Zoey has an apartment
- hint added to the first meeting with Alison 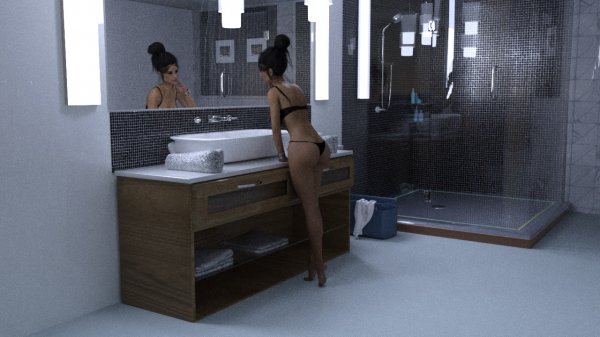