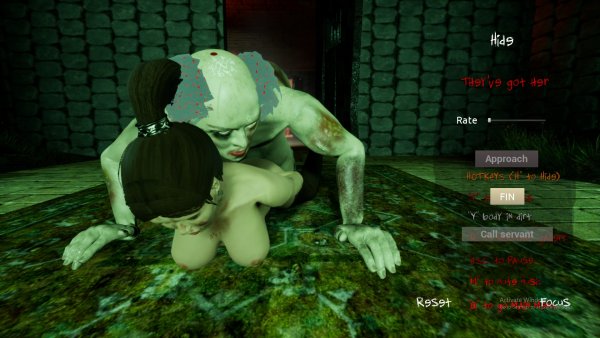 About This Game:
Here you will see the story of a journalist who came to interview the leader of a secluded sect far from the city. All her expectations can be a great fallacy during the gameplay. I suggest you get the first experience of being in this world. Don’t be swallowed by fog entirely…

Changelog v0.21:
Features:
System of moving in combat was slightly changed.
Physical asset of main character was improved.
Save\Load system put into operation.
4R Gallery room + new Rooms “reach” idea.
Lighting was rebuild for each level besides first one (I think it’s acceptable).
Bugs fixed:
Screen aspect ratio was fixed and must works good on every common screen size.
Shaders stability – now “dark” textures shouldn’t appear (some players comments).
1,2,3,4 buttons were rebind therefore it must solve problem some users had (NUM-keyboard works too).
Gallery “Reset” and “Focus” buttons were collapsing with others. Now they aren’t.
Issue with too pale Sasha’s face made by torch light now is fixed.
Tons of tiny things like overlapping letters, unproductive code, even typos from dialog in 2nd level (Church) etc.