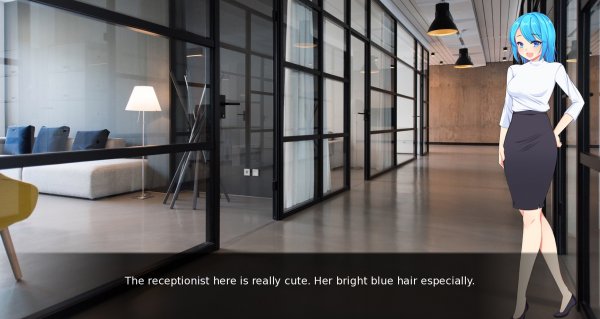 Version 0.60
Changelog:
Added new art for Candace.
Made it clear that “Easy Mode” has no end date.
Fixed various minor bugs and mistakes.

Changelog Version: 0.59
Added new lewd art for Emma.
Added a new sound effect during the waterpark scene.
Fixed a bug that referred to a non-existent image for Jessica.
Fixed a bug that affected some endings. (Thanks Dcpaint).
Emma now has a proper lewd scene! The main theme of the update is the waterpark scene, but her art is applicable a few other places in the game, so look out for that!

Version 0.56
Changelog:
Added Easy Mode! (Thanks to otraos for the suggestion.)
Added a whole new scene for Cassandra.
Added a system that changes some endings, depending on your success with various girls. (Thanks lordfridge9.)
Added some new minor ending scenes that make some endings clearer and sexier.
Added some minor sound effects.
Added and modified some content to make it more clear early on that PC is male.
Modified the flirting system. (Thanks Demiare)
Rewrote some of Ashley’s dialogue.
Rewrote some of Cassandra’s dialogue.
Fixed a bug in Nick’s rumors. (Thanks Demiare)

Version 0.55b
Changelog:
New art! Added two new sprites for Candace. Take her out to a nice dinner (with or without Cassandra) or on a weekend getaway to see it.
Added images of Cassandra in a few places they were missing.
Added a button in the “Preferences” menu to reset persistent progress (to change the main menu screen back as if it was your first playthrough).
Added some signposts for Cassandra’s path (thanks Madcap).
Corrected some spelling errors.
Fixed a bug that could trigger the winery event at the wrong time.
Fixed a bug with the pricing of the toys (thanks Jared).

Changelog Version 0.49b:
Added about 35,000 words of content for Candace.
Added a number of new backgrounds.
Streamlined a lot of the ending scenes code.
Removed all code for images not currently present in the game.
Allowed “rollback” in some places where it was previously disabled.
Made the player go back to the club after completing work for Nick.
Adjusted various values for better balance. 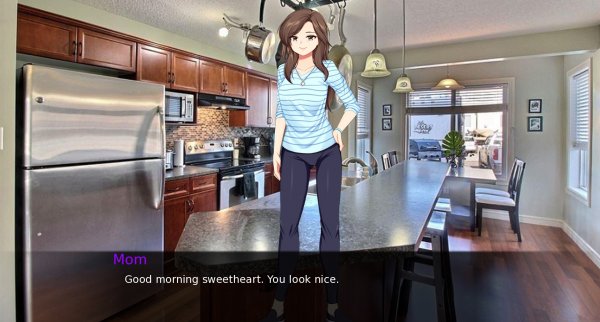