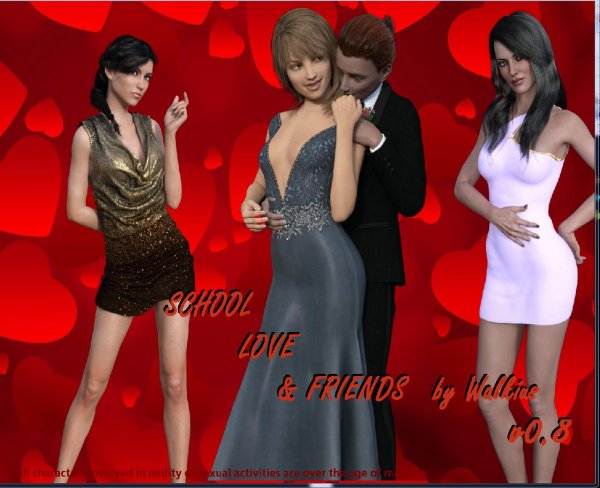 Description:
Experience the daily life of a high school student, forced to live with his aunt. Your choices will guide your adventure, some are irrelevant, others are permanent. They will influence your relationship with your family and your classmate. You could become their BFF, or even more ... Maybe your different skills will help you achieve your goals. Good luck!

Changelog 1.6:
Events updated
– Continuation of the Tenma arc
– Continuation of the Vicky arc
– Continuation of the nightclub event involving Abbigail, the café owner and Triss, the yoga teacher. Later, Miss Evans, the computing teacher.
– Adding the sleepover with Alice, Ako and Emily. Take your phone and ask them.
Others updates
– You can’t skip the 9am lesson at school. Now there are several small lessons. The big lessons will still occur when they supposed to.
– Mimi has alternate clothes at home (including relating events)
– Several bug fixes

Changelog 1.3:
Like the previous update, this one is adding new events and enhanced old one. I continue to add the base of the background. I hope you’ll like it as usual.
New story
You ask it for a long time, Maria is here. But don’t be a fool, she’s your friend’s mother, if you think she’ll open your leg for you, you’re mistaking. Everything is slowly with her…
New events
– Who is really this mysterious Hailey, who seems so pragmatic? It’s time to increase your relationship with and find in her a new friend.
– The Family route is open. Want to learn more about your family? Go to countryside or watch a movie with them.
Events updated
– Like the previous update, you can now invite twins at the spa, with a new massage mode.
– The yoga is enhanced. After training with Mimi, find the new yoga teacher at the gym and increase your yoga skill. Oh, and offer Alice and Maria to train with you!

New events
- The running event with Mimi is back... and better than before. Mimi won't be the only one available to run.
- Mimi is watching you! Damn, she's close to find out about you and Alice, this is not good for you!
- The beginning of a new route: the swingers. You can choose if you're ready to share Alice or not. Maybe you've already met them during the Halloween party...

Events updated
- You had a deal with Ako concerning Alice, it's time to change it and finally be part of this cute girl-girl love.
- Ask Emily if you can invite some people to the spa and offer the cheerleaders or Mimi to come with you.
- Three new massage events at the spa: Iris/Mayo, and Emily.
- You can now hack to earn money after finishing Computing lessons.
- A new little scene between Ako and Mimi.
- Added the journal for the Stealth event of the last update.

- I added a new tab in the journal to help you knowing what is opened in the city.
+ Some bugs correction

Changelog v1.1
Here’s the update 1.1, the Halloween Update (yeah I know, we’re in January, who cares!)
Interface:
You can now hide the interface during dialogues : press H
New event
– Go talk to Bill at lunch, you can spy (like old versions) girls in lockers.
New party
– The Halloween party.
Iris will talk to you at school during the last week of October. You have until October 31st to buy a costume.
Almost all the school will be here. You can interact with people and some objects. Play from the story and replay from the main menu. Find all the possibilities. All depends of your actions. Will you help your friend Bill to get laid, or share girls with him? Will you steal Vicky from her fucking boyfriend? Or will you just dance and go home with Alice totally drunk? And who the hell is Darth Vader?
This is a new way to play, I hope you’ll like it.

Changelog 1.06:
– Some bugs (Vanessa bubble, Twin’s in library)
– Correcting some typo mistakes
– You can start a new save after playing with all the stats reset.

Changelog Version 1.01
New engine : Unity3D.
What does that mean?
– More stability
– Less crashes
– More possibility for programming
– Windows and Mac!
– In future update, download just the update, not all the game.
The calendar system
You can see the date on your phone. The game starts the 4 September and stops the 23 October for 1.0. But you can keep playing if you haven’t finished all the events.
In future updates, events will occur on certain date. The next big event is teased in the phone.
The lesson system
For this term, there are five different class: English, math, gym, biology and computing. There are five lessons for each class. The first is an intro, and the four next will bring new events, or even bonus. Some lessons have questions to answer, if you succeed, the event occur, else you can try next week.
The school activities
For now, only few school activities (with sexual events) are available, and only if you’ve unlocked them (by being sexfriend with a girl for example). More will be add later.
Old events
You’ll find almost all events from previous version. Some have been changed. The Breakdance with Ako will bring the Breakdance skill, useful in future updates. The same for the Yoga skill with Mimi. The biggest change is with Alice: now she is a real virgin and you could take her virginity for real! The path to take her virginity is deeper, with a better relationship between the two characters (and also with a lot of new sexual scenes).
New skills
The skills have been readjusted. Some old ones have disappeared and some new ones are here. For example the Yoga, the Breakdance and the Tae Kwon Do.
Choices
I tried to add some choices to make. It’s always hard to add choices without increase too much the work I have to do. No more probability, but some choices will now depend of one skill.
Better interface
I’ve worked on the interface to make it nicer. The phone has changed to have better looking. The navigation at school is also better.
New events
Of course, there are new events. As you voted for Ako, the biggest event is the lesbian path for Alice. You’ll help Ako (if you want) to make Alice like her. And of course, she’ll own you a dept. This event will still occur at the SPA, but mainly at home, in your room or at the pool.
You’ll also find Lily in a new event occurring at your pool.
And you’ll finally meet the nerds!
The majority of the work was to reprogram all the game in Unity and to make it steady. Now I only have to add new and new and even more new events.
This version is not the end of this game!

Changelog 0.10:
– A new tab: groups
– You can now escape form the Photo studio menu
– You can see the Photo studio menu from the journal
– Some bugs fixed
Major
– The Popular Route: that will lead you to gym
– The gym: now opened between 8 and 9pm after unlocked it. Several rooms and his own panning.
– You can spy at the gym locker.
– New event with Mimi leading to kinky stuff at the gym.
– You can invite Lily, Mayo and Iris at the gym and choose if you want to exercise or relax.
– Continuation of Maria massage, unlocked faster or longer depending of your choice with Martin.
– New event with Vanessa (Martin’s exgirlfriend) if you chose to give her the flashdrive.

Changelog 0.9:
– Modification of the interface.
– Now you can’t go at the bar during school, but after, every day.
– A new tab: inventory
Major
– The Twins Route: meet the twins’ group and do activities with them.
– New places: Bowling, Lily’s Home and the Photo Studio
– New event at the photo studio : take photo of your friends… and more! Follow the objectives to gain new rank and increase your possibilities.
– New event involving twins, teach them how to do with… a man!
– New event involving Lily, the little ginger.
– Bonus: a new sex scene with Alice.
– Bonus: a small scene with Mimi if you get ride off Martin

Changelog 0.8
Minor
- The journal has been updated.
- Now you can text Mayo or Iris to hang out. And they will text you after 5 days (against 3 days in the previous version).

Major
- School, Love & Cousins become School, Love & Friends: if you don’t like it, thank those who report hardcore to Patreon.
- A new event involving Ako and Alice… together!
- A new party: the sleepover (27 possibilities and 10 possible sex scenes)
- A new event with Martin, 3 possibilities:
· You let him do what he wants (like the previous version)
· You kick him, and you become friend with him (leading to new opportunities in future update)
· You kick him, and don’t be friend (also leading to new opportunities in future update)
· And if you’re quick enough, you can do this before he goes too far with Maria and Mimi.
- You can replace Martin to relief Maria’s pain.
- Bonus: sex scene at school if you date Emily

0.7 Changelog
Saves compatible
Minor
- The city map has been remade.
- A little modification of the journal

Major
- A new mechanic: the spycam.
- A new mechanic: the phone and text message.
- New places: Christy’s home, Park, Downtown and Promenade
- New character: Martin
- New event with two cheerleaders: Iris and Mayo with an important choice to make leading to two different paths.
- A new event related to the spycam involving sex with the Aunt Maria (and also with Mimi)
- Continuation of Lesbian Love event with Karly and Christy.
- Computer update, with new content related to new events.
- Stealth mode with Mimi 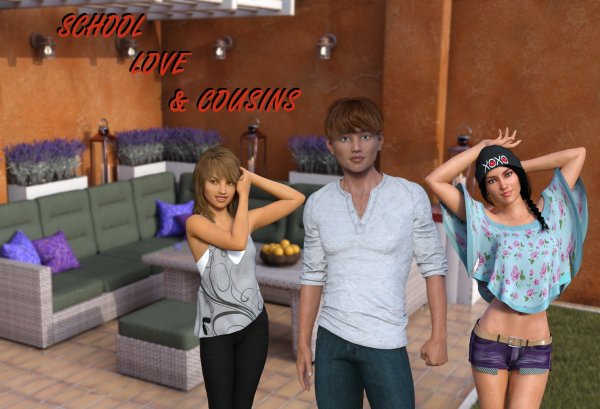 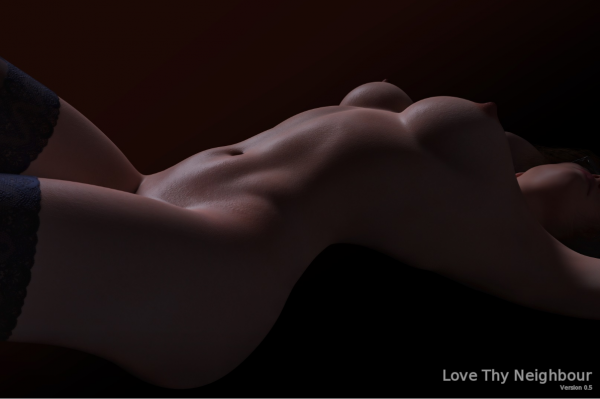 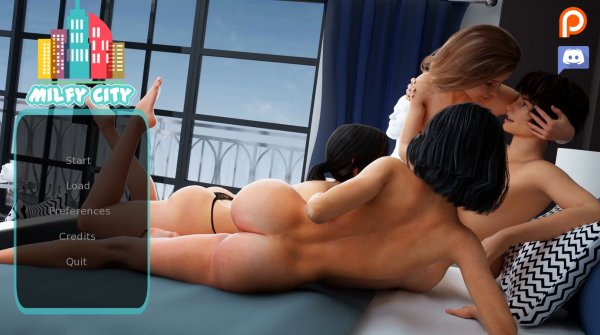