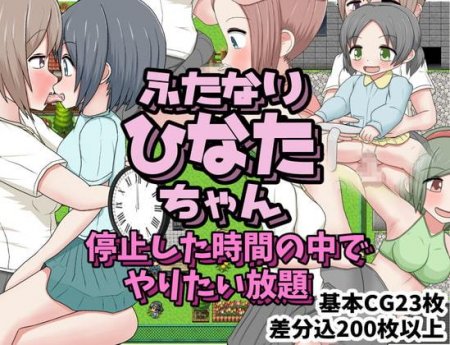 Hinata, a high school girl who lives in a certain town

at first glance, it was a girl who seemed to be everywhere
she had something that a normal girl wouldn't have.

she had a great cock growing on her.

When it comes to futanari, libido jumps up to tens of times that of ordinary people
that it's hard to live a decent life

but with the hard support of my parents
you went to a normal school and lived your days.

and the night i finished my studies as usual
when i was at home
all of a sudden, an extraordinary pleasure rushes all over my body.
I have ejaculated a large amount of cock

it was a hinata that the convulsions of the body did not stop in a sudden event
when i gradually regained my composure
in the corner of the room
i realize there's a little girl with horns rolling around.

this gives you the ability to stop for as long as a day.
it was a great meeting.

i've put up with it so far, i have to put it out a lot

she looked like a high school girl.
his true nature is futanari raper!

She puts out a lot of semen until the time limit!

it's all stopped for hours, so don't worry!


Of course there is also a recollection room!
You can see all CG after clearing

■ This work is produced in RPG Maker MV

Whether it suits the PC environment, please check the operation by DL the trial version first.