In a world born of chaos, the ancient gods separated their offspring in hopes of avoiding apocalyptic conflict. They created three distinct, temporal dimensions for each of their respective children, entrusting the crucial task of their children’s survival to one being: the Champion.
For eons, this Champion has watched over the three dimensions. But now, the Champion has vanished without a trace.
The Protagonist, despite his best efforts, is forced to take part in a deadly competition to decide the future Champion… and the fates of all. Will he survive? Or will he be crushed under the weight of fate?
Fortunately, he won’t be alone in this harrowing adventure. Several trustworthy and noticeably beautiful allies will forge this path beside him. Together, surely they can surpass the toughest challenges, and experience the most succulent of pleasures.
What are you waiting for? The adventure awaits… 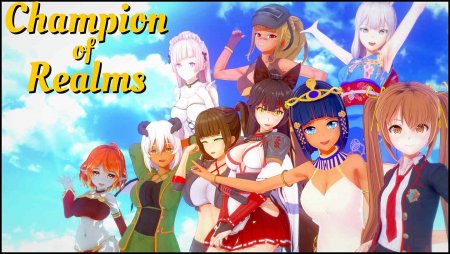