аbout:
You live a simple life in a small fantasy town. You possess few talents except that of Truthsaying, the ability to magically tell if someone is lying.
One day news arrives that the King is dead of old age and that his daughter, Princess Selena, is coming to your town for her coronation. When a person close to you gets murdered soon after, and you learn that you are the only person who can save the world from an unspecified calamity, things get rather heated.
Serving under a powerful sorceress, you are taught the ability to manipulate people’s minds. With this knowledge in hand and a potty-mouthed pixie in tow, you are told to prepare for the arrival of the Princess so that you can seduce her and save the world (the details of this elude you). Until then, however, you must practice. How appealing, then, that this practice means using your magic to seduce as many of the town’s girls as possible.
Life is about to become… satisfying.

Changelog 0.29:
Implemented the Crone’s secret. This is a big one, folks.
You can now learn the Probe Memories spell, though there is no content for it yet.
Removed all traces of Princess Placeholder. Among other things, this means we get a new main menu background.
Added a brand new intro upon starting a new game.
Rewrote parts of Evelyn’s and Primrose’s introduction in the tutorial to match the rest of the game’s tone better.
Created new images for both of those sections to lift the graphical quality and fix a few annoying issues.
Added a music player to the gallery. Music tracks unlock as you discover them in the game.
Added a new musical track.
Updated multiple old scenes to support the new events in this update.
Added more character pages to the scene replay gallery. They are empty, for now.
Hopefully fixed the bug with Callie refusing to have sex for no reason. Existing saves should be repaired automatically.
You can now obtain a fingerbone even after Nell is gone.
Belle now points you in the right direction if you fail the vision quest puzzle while missing a vital clue.
Fixed visual bugs in the river scene.
Various tweaks and fixes.

Changelog 0.28:
You can now return to see the Leanan Sídhe one final time.
Added a new scene with Belle.
It is now possible to obtain Perversity 5 without doing the night scenes.
If you threatened Nell, she will now cool down after a week. Note that you must ask for sex again for this countdown to begin.
If you keep giving Callie unwanted creampies, she will now eventually refuse to have sex with you.
The toggle perspective button no longer skips to the next line of dialogue (thanks to Morbil).
Belle will now give you a hint if you watch several of Callie’s fashion shows without searching for clues.
If it is impossible to solve Primrose’s dark secret in your save, you will now be informed of this when trying.
Made the hints Belle gives you on how to train Perversity show up earlier. Also clarified the dialogue to reduce confusion.
Various tweaks and fixes.

Changelog 0.26:
Implemented Nell’s dark secret.
You may now try to convince Nell to come with you.
Added and modified scenes to handle the fallout from this update’s events.
Tweaked how Nell’s Remove Inhibitions works for future updates.
Various tweaks and fixes.

Changelog 0.25:
You may now attempt to interpret the Fairy Queen’s visions.
Charisma training now goes up to level 6.
Added a new scene with Samarra.
Added a new sex training scene with the Fairy Queen.
Samarra will now tell you her whole story if you are worthy of it.
Improved animation, lighting, and pubic hair color in Samarra’s first sex scene.
It is now possible to search Samarra’s tent.
Added a new musical track: Samarra’s Theme.
Various tweaks and fixes

Changelog 0.24:
Fixed a trigger that could cause Callie’s new events from this update to happen too early and mess up progression.

Changelog 0.23:
-Updated to the latest version of Ren’py. If you run into any issues because of this, please let me know.
-You may once again visit the Leanan Sídhe for “romance.”
-The writing room at the library is now open for business.
-Expanded an existing sex scene considerably with several different variations.
-Slightly expanded remove inhibitions content for a certain character.
-Hovering over a locked scene in the gallery will now provide a hint for how to unlock it.
-Added a new musical track.
-Livened up the intro with some more music.
-Evelyn will no longer show up at the training grounds if she has left town.
-Various tweaks and fixes.

Changelog 0.22:
Added a new sex scene with Evelyn.
Added 6 minor scenes with roaming characters.
Added descriptive text to the ability screen when you’re suffering from ability drain.
You can now finger Evelyn in night scenes after taking her virginity.
Replaced two dialogue images for Evelyn that made her never close her mouth if she was naked, unshaved, and displaying certain emotions.
You can no longer gain Perversity multiple times in night scenes. Any excess Perversity gain from this source has been retroactively removed.
Fixed a bug that displayed incorrect ability drain in the UI.
You should no longer be able to steal Callie’s panties multiple times.
Various tweaks and fixes.

Changelog 0.18:
You can now train with the Crone so that you can reveal a person’s dark secrets.
Town travel system replaced with a town map.
Significant development added to one potential relationship.
New scene added to the gallery.
Rejecting Nell now awards a point of Charisma. This also applies retroactively to existing saves.
Touched up many outdated transitions in the early parts of the game.
Various tweaks and fixes.

Changelog 0.16.0:
Implemented Callie’s night scene up to and including Perversity 5 and Agility 5.
Further expanded Callie’s fashion show with new options and rewards that will influence the type of relationship you can have with her in the future.
There is now a new way to obtain Callie’s panties.
Added a new scene to the gallery.
Various tweaks and fixes.

Changelog 0.13.0:
Agility training now goes up to level 5.
New scene for Samarra.
Samarra’s background story is slightly expanded.
Your custom character name will now be used in replays. Load an old save or start a new game to set it.
Adjusted part of the progression systems for Primrose based on feedback.
Various tweaks and fixes.

Changelog Version 0.12
This version has two major features worth talking about.
1) The gallery. You can access this from the main menu. Any (finished) sex scenes that you have encountered in the game are added here, and you can also see which girls have scenes that you have yet to find. Please note that this update cannot fully detect if you've reached all of these scenes in earlier versions of the game, so some scenes that you have previously encountered may be locked off for you. If that is the case, you'll have to replay the game or load an old save until you reach that scene again.
Any available scene in the gallery can be clicked on, allowing you to play through it again without having to keep a save from just before it happened. Even better, you will have the ability to configure these scenes in many cases. Some configuration options require you to have made certain choices in the game itself before they are available.
2) The conclusion to Primrose's romance path. We've been working towards this for a while now, but we're finally here. You can now reach one of two possible conclusions to your relationship with her. These depend on choices you've made throughout the entire game. Please note that I've made changes to how your relationship with Primrose is handled from the early stages on, so existing saves might find it much easier to reach one of these conclusions than is intended. I recommend starting over for the full experience, but you won't break anything by continuing with an old save.
Just to be clear: There will be more Primrose in the future. This is just the conclusion to the romance path. Adding these two features was a lot of work. I'm going to need to take a breather for a few days after this, but then I'll jump back into 0.13 and the fun things I have in store for that version.

Changelog 0.9.0:
Added the game's first timed event on day 17. Most of the additions in this update occur during this event, so you won't see the new features until that day.
Added a small secret to Samarra, and large secrets to both Samarra and Primrose.
Added Remove Inhibitions for Samarra.
Slightly expanded Primrose's Remove Inhibitions effects.
Added an investigation mechanic for the timed event.
Samarra's tent is now available as a daytime location.
Removed the search options at the training grounds and the stables for now since they have no effect.
Redid the underwear cleaning renders of Primrose
Minor tweaks and fixes.

Changelog 0.7.1:
Version 0.7.0 of Long Live the Princess contained an unfortunate bug that caused the extremely important map icon not to appear in games loaded from previous versions. Version 0.7.1 fixes this bug. You can find the download links below. The original 0.7.0 post has also been updated, and the old downloads have been removed.

Changelog 0.6:
You can now train with the Crone so that you can reveal a person’s large secrets.
Many new scenes for Evelyn, including her large secret.
New scenes for Thaddeus.
Courage training now goes up to level 3.
The abilities screen now displays the maximum available ability levels for the current version of the game.
Music: Added three new musical tracks.
Tweaked and improved a selection of early renders that weren’t up to the standards of images made since then.
Minor tweaks and fixes.

Changelog 0.4:
– Added two new girls (Samarra and Nell) and some of their core events (featuring more than 110 new images). Please note that the new girls are not available until after a few days into the story.
– Added the first stage of agility training.
– Slightly expanded Callie’s changing room scene.
– Slightly expanded Evelyn’s night scene.
– Slightly expanded Primrose’s night scene.
– Loading old saves (from version 0.3.0 and up) should now work. Some changes may still cause old saves to break, depending on where you saved.
– Updated graphics for Evelyn’s night scenes.
– Added text to show when an ability check is successful. Not all checks will display these messages.
– Primrose’s schedule extended beyond two weeks.
– Minor tweaks to first conversation with Thaddeus if it occurs later than expected.
– Placeholder next/previous page buttons on clue screen if you somehow have more than 15 clues.
– Minor bugfixes

Changelog 0.30:
– Expanded main storyline.
– New scenes with Belle.
– New scenes with the Crone.
– New scenes with Thaddeus.
– Short new scenes with Evelyn, Callie, and Primrose.
– Minor additions to Remove Inhibitions for Evelyn, Callie, and Primrose.
– Revamped user interface now lets you access inventory, abilities, and see the current day and time.
– Updated certain older scenes to utilize the new inventory system.
– Also added ability restrictions to some of these scenes.
– All rollback restrictions have been lifted for the time being.
– Significant code changes to prepare for the loading of old saves in future versions of the game.
– Added brief note when reaching the end of certain types of content. Because this is a non-linear game, such warnings will not appear for all content. If you find yourself grinding to discover new scenes, odds are you have seen everything.
– Fixed a few typos. 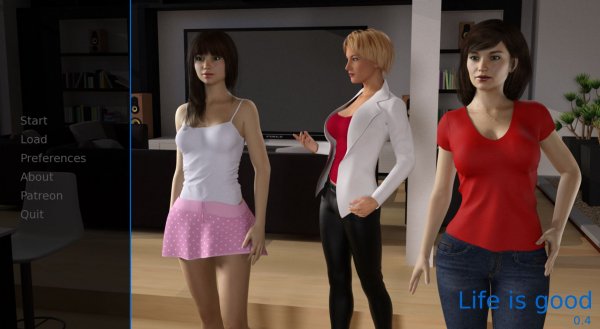 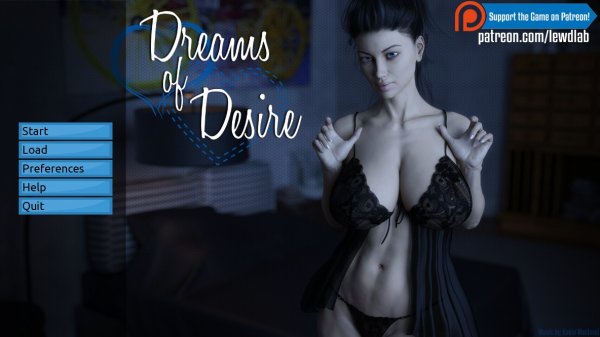