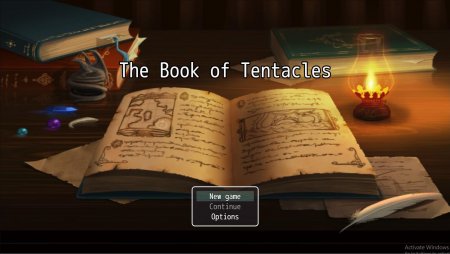 Info:
In a world where magic rules and people live side by side with magical creatures, something terrible happens. Something that threatens the life of all things. And that’s when you enter the world. But you don’t enter it for the first time, you realize that you were already here, you just don’t remember your past. And the ancient symbols shine on your hands indicate your distinction from humans. And it is up to you to find out what kind of life you lived before and, most importantly, how you are going to live it now. The only thing you know for sure is that you have the power to change the whole world. And you decide what it will become.

Version 1.7.0.2:
– new quest: Big problem in a small village
– new quest: Cure for the body, cure for the soul
– 2 new misc events (hunters, fishermen)
– new enemies, characters, etc.
– floor messages added
– new options in the menu
– few more lore pics
– added concept of lymph and lymph upgrades
– the dog
– auto battles (the more your level exceeds the level of your opponent, the more chances you have to just skip the battle, getting only damage for the whole party)
– easy mode option (all battles is auto-battles, bosses are easier)
– removed some of the old scenes
– changed sprite of main character
– I repeat, I finally changed sprite of the protagonist
– Yes, I did it

Version 1.6.2:
NOTE: I have made major changes to the core plugins and engine, I am not responsible for the functionality of your safes. (but you can skip the first location by clicking on the top left torch at the beginning 5 times.)

- fixed the bug when the game crashes during an event outside the castle.
- some enemies were balanced
- dialogue window skip by pressing RMB
- changes in the crafting system, fixed crafting bugs, added new recipes.
- added location name when moving between them.
- completely changed the dialogue and quest mechanics, although as a player you will only be able to see the real change in a couple of dialogues, now it's more stable.
- new, better main menu,
- new lore pictures.
- ability of fast traveling between fireplaces
- changed sprites of main characters
- new enemies, new locations
- new scene with the sentinel in the first location
- new quests (modern trade concepts, unlucky elves, Alice's quest completed)
- added new locations and changed some of the old ones
- combo system is improved and now stable
- removed some of the old scenes

Version 1.4.0:
-Added walkthrough which contains quest completion and magic mechanics, you will find it in the main game folder. (I wrote it myself, so it’s pretty accurate)
-New imperial recruit scene with the protagonist. (at the beginning of the game)
-New Patricia sprites.
-Patricia arc is now fully completed.
-New quest of searching the imperial hidden values. In fact, you’ll find something way better. (quest is available on the bulletin board after completing Anna quest)
-Added the effect of magical exhaustion to all enemies using magic.
-Many misc changes. (changed main accept sound, some dialogues, skills balance, changes in battle music and more)
-Fixed some bugs. (impossibility of resurrection, locations-traps and others)

Version 1.3.1:
-A major reworking of scenes. Added animated scenes. Added a lot of text (more than 5 thousand words of sex dialogues).
-A major overhaul of the magic system. Added development system, spell levels, spell books, combo system, new special abilities, new mechanics and more.
-A complete reworking of the first location, making it more friendly to new players and explaining the basic mechanics.
-Redesigning of the world, making it more open with new quests, locations, and enemies.
-Fixed a lot of bugs. Added cheats for Patreon build of the game (cat behind the mirror).
-Changes in existing dialogue, changes in the mechanics of the game, and other small changes that you will not notice.

Version 1.2:
Bugs:
-The worst bug with consuming computer memory has been fixed. I removed the plugin that was causing serious memory leaks.
-Eliza’s escape bug was fixed. Now she won’t run away.
Gameplay:

Made changes to the intro and changed the music. Now it’s the most unsuitable intro for a porn game, but I really like it.
-Dynamic change of day and night. This didn’t actually create many bugs, but rather gave me an opportunity to optimize the code and make the game more stable.
Autosave now saves the game in a separate slot, as in all normal games.
-Completely changed the battle HUD. It’s now more visually appealing and supports multi-opponent battles.
-Changed all transitions between locations to be more visible.
-Changed transition between rooms in the castle so that the constant darkening will not be annoying.
-Added plants that appear at random on various maps from which you can brew potions.
-HP of the characters now restores over time, in order to restore the hp you have to find a place to rest and spend some time there. (Or stand afk about half an hour of real-time).
-Added a black border during cutscenes for easier reading of messages. And overall cutscenes are cooler now.
New mechanic – persuasion. With which you can avoid the battle with the enemy (but still get a scene). Unfortunately, the “scale of persuasion” had to be cut because the plugin on which it was held was the cause of memory leaks. But I’ll try to do something about it in the future.
-Changed the mechanics of picking up items. Now, if you pick up an item, you don’t get a message, you just get a notification popping up.
For this update, I did not show out the sprite of the protagonist on the screen and in the future, I think it should be behind the screen for more compatibility with the player and more concentration on the girls, rather than on the main character’s ass.
Character names are now displayed in separate boxes rather than together with the text.
Improved the level design so you can avoid battles with ordinary groups of enemies.
Added background sounds in some areas for more immersion.
Added sprites for ability animations. Only Anna’s for now, but from now on I’ll start drawing them for other characters as well, maybe even for enemies.
New level, Trayrial forest, which I will gradually increase and make it a big open map to explore. From now on, I’ll develop the game in the direction of an open world rather than a linear and closed one. Gradually I will redesign all the maps so that they would have transitions between each other and there will be space for exploration.
-Added cheat code to skip game right to the beginning of 1.2 version events.
Added a Patreon button to the main menu ^^ 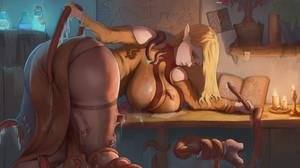 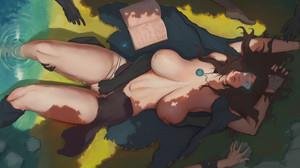 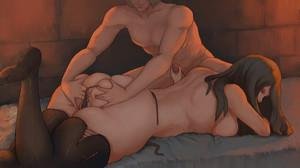 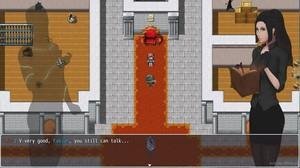 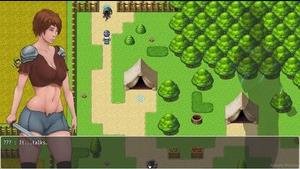 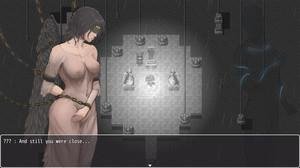 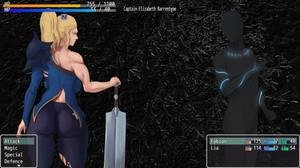 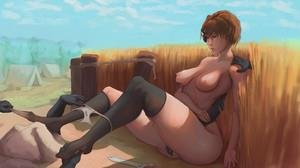 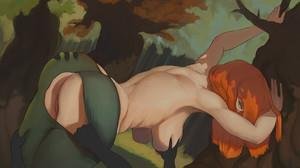 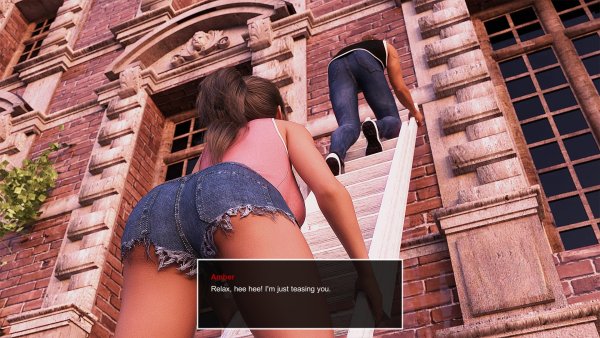